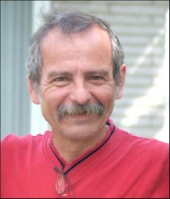 He died at La maison des Collines in Wakefield, Quebec after a long battle with cancer.

He leaves behind his wife Margit Hideg, his brother in-law Andrei (Ilona) and their daughter Csilla and dear friends.

Peter was born in Tirgu-Secuiesc, Covasna, Romania, on February 13th 1956.

Margit and Peter immigrated to Canada in 1989.

Peter worked at Shared Services Canada as a Systems Engineer, using his creativity and talent to maintain corporate business systems.

In respect of Peter’s wishes, it will be no Celebration of Peter’s life.

The family wishes to thank La maison des Collines for their care and services.

Your messages of condolences can be sent to: www.cfo.coop

I am so very sad and sorry to hear of Peter's passing. He was a great person. I have lost a dear friend. He will be in my thoughts always. I share your grief. You have my heartfelt sympathy.