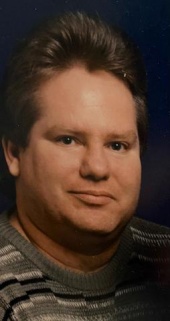 It is with heavy hearts that we announce the sudden passing of Ken Todd on August 2nd, 2022 at the age of 65. He was the son of the late Dorothy Roberts and the late Kenneth Melvin Todd. He leaves behind his wife Joanne White; his children: Eddy Todd, Cindy Brown (David), April Todd (Jesse) and Cody Todd (Anastassia); his grandchildren:  Havyn, Nevaeh, Tenisha, Macky, Tamara, Justin, Erika, Wyatt, Mason and Paisley. He also leaves his brother Barry Todd (Carmen) and his sister Gwen Todd (Frank) as well as his relatives and friends.

A Celebration of life will be held at a later date.

The family wishes to thank the CSSS Pavillon de Hull staff for their support and the good care provided to him.

Online condolences may be made at www.cfo.coop

I am so sorry to learn about the passing of Ken, your husband, dad, granddad and sibling . I only knew Ken for a short time. He was always a friendly, happy person who I enjoyed talking to. My sincere condolences. I hope that you can call on happy memories of times with Ken any time that you will need to. Bob fellow school bus driver.

So deeply sorry to hear about Ken. We had many nice conversations at school. Such a kind and caring man. He will be missed xo.